Bridal Shower Etiquette: Everything You Need to Know

There’s nothing quite like a bridal shower to make a bride-to-be feel special. From delicious food to fun games to thoughtful presents, it’s the perfect way to spoil a bride before her big day.

If you’re new to planning bridal showers, not to worry. With a bit of organization and the right advice, you’ll be planning that shower like a pro.

So read on for all the tips and tricks you’ll need to put together a memorable event that will not only impress the guests, but thrill the bride.

Who Hosts the Bridal Shower?

In years gone by, bridal shower etiquette kept the bride’s immediate family (her mom, sister, or future in-laws) from hosting. Instead, a friend or a cousin would host the event so it didn’t appear that the family was asking for gifts. Thankfully, hosting rules have relaxed a bit.

Pro Tip
If you don’t feel tied to tradition, it’s perfectly reasonable to have an immediate family member host the bridal shower. Many brides also have the maid of honor, a close friend, or a cousin host the event.

Since hosting comes at a price, many will choose to share host duties to help split the costs. A perfect example of this is the bridesmaids joining forces to host together. The result is a great bridal shower without too much of a financial burden on any one person.

When and Where Should the Bridal Shower Be Held?

There are plenty of options when it comes to bridal shower venues, but it ultimately depends on the bridal shower budget and the overall vibe the host(s) and bride are aiming for.

Many hosts choose to hold a bridal shower in their own home. This option is generally more budget-friendly, and offers a low-key vibe — although you certainly can elevate the event with catering, decorations, and/or live music.

Hosts can also choose to rent a private event space for the day. Some common options include a local garden, tea room, private dining space in a restaurant, community center, or a church hall.

Most bridal showers are held three months to a couple of weeks prior to the wedding, although there are no hard-and-fast rules when it comes to a timeline. The final date will depend on the bride’s schedule, venue availability and possibly the weather, if the event is being held outdoors.

Who is Invited to the Bridal Shower?

The only strict bridal shower rule is that the guests must also be invited to the wedding. It’s poor etiquette to invite someone to the shower and not the marriage ceremony.

Typically, the bridal shower is a more intimate affair that is meant for the people nearest and dearest to the bride.

While you likely have the bridal party, the bride’s female family members and close friends on the guest list, it’s also customary to invite the groom’s mom, sisters and any aunts or cousins he’s close to. If he has close female friends that the bride knows, they can also be invited.

Besides that, the invite list really comes down to the preferences of the bride and the hosts. Budget and size of the venue can also be a factor.

Drawing up the guest list before settling on a venue is important. This will ensure the size of the venue and the bridal shower budget are adequate. If you have a large guest list, you may need to do some trimming if the venue is small or your budget is tight.

Traditionally, a shower is a female-only party. And while many brides do prefer a traditional event, some opt to host a joint event with the groom. Called a Jack and Jill party, this type of shower is more like a cocktail party and includes all of the couple’s family and friends. So find out which type of shower your bride prefers so you can plan the event of her dreams.

When Should Bridal Shower Invitations Be Sent?

Bridal shower invitations are typically sent four to six weeks prior to the event. If you have any guests coming in from out of town, it’s a good idea to give them a heads up earlier so they can make travel arrangements.

What Does the Bride Do to Help Plan the Bridal Shower?

The No. 1 bridal shower etiquette rule is that the bride doesn’t plan the bridal shower – she has enough on her plate! That said, there are a few things a bride can do to lend the host a helping hand.

Pro Tip
If you’re hosting the shower, it’s best to talk to the bride early on about her desires and expectations.

Naturally, the bride will need to help craft the guest list to ensure everyone who she wants to be present on the special day will be invited. She will also need to help decide the date and time of the bridal shower.

Beyond that, how much involvement the bride has will depend on her personality and preferences. Some brides will want to have a say in the general vibe of the shower, as well as what activities, games and traditions (if any) are incorporated into the event.

What Happens at a Bridal Shower?

We’ve covered the who, when and where … but what actually happens at a bridal shower? It’s standard for a shower to include food and drinks, whether it’s brunch with mimosas or an afternoon tea. Brides will also typically open their gifts at the shower.

For some, the act of enjoying food and drinks together and watching the bride light up as she opens gifts is enough. However, some like to also incorporate games or activities.

There are a variety of interactive bridal shower games that help the group let loose and have fun, such as a competition where teams design a dress out of toilet paper, or a newlywed trivia game. You can also plan a group-friendly activity, such as a flower arranging class, a personal perfume making session or a spa day.

While it’s not a tradition, some grooms like to show up at the end of the shower with flowers for the bride. If the groom isn’t shy and is comfortable at a women-only event, it’s a great way for him to mingle with anyone he hasn’t had the chance to meet.

Now that we’ve covered the major bridal shower logistics, here are a few additional tips and things to keep in mind.

A bridal shower theme is by no means necessary, but it’s a great way to cohesively pull the event together while adding a bit of personality to it. It can be as simple as going with a certain color palette or decor style for the shower, or using a location to influence the food, drinks, music and ambiance (like a Parisian or tropics-inspired event).

Include the Dress Code on the Invitation

As is the case with most of the elements of the bridal shower, the dress code can be as formal or as casual as you’d like. Ultimately, it depends on the atmosphere and vibe the host and bride are aiming for. Whatever is decided, be sure to make note of the dress code on the invitation.

It’s common bridal shower etiquette for the bride to give a gift to the host to show their appreciation. A heartfelt thank-you note is enough, but if you’re a bride, you might also consider a gift, such as a spa gift card, a flower arrangement, sweets from a local bakery, a nice candle, or taking the host(s) out for dinner.

It’s Normal to Have Multiple Showers

It’s perfectly normal to have multiple bridal showers. Sometimes a bride will have relatives or close friends in different locations who want to host a shower. Often work colleagues will also surprise the bride with a shower at the office.

If you’re a bride, be sure to change up the guest list for your different showers based on location or circumstance. In most cases, you won’t have the same people at each of these events. While the mother-of-the-bride, sisters or bridal party members may attend more than one shower, emphasize that they aren’t required to buy more than one gift.

You May Also Enjoy: 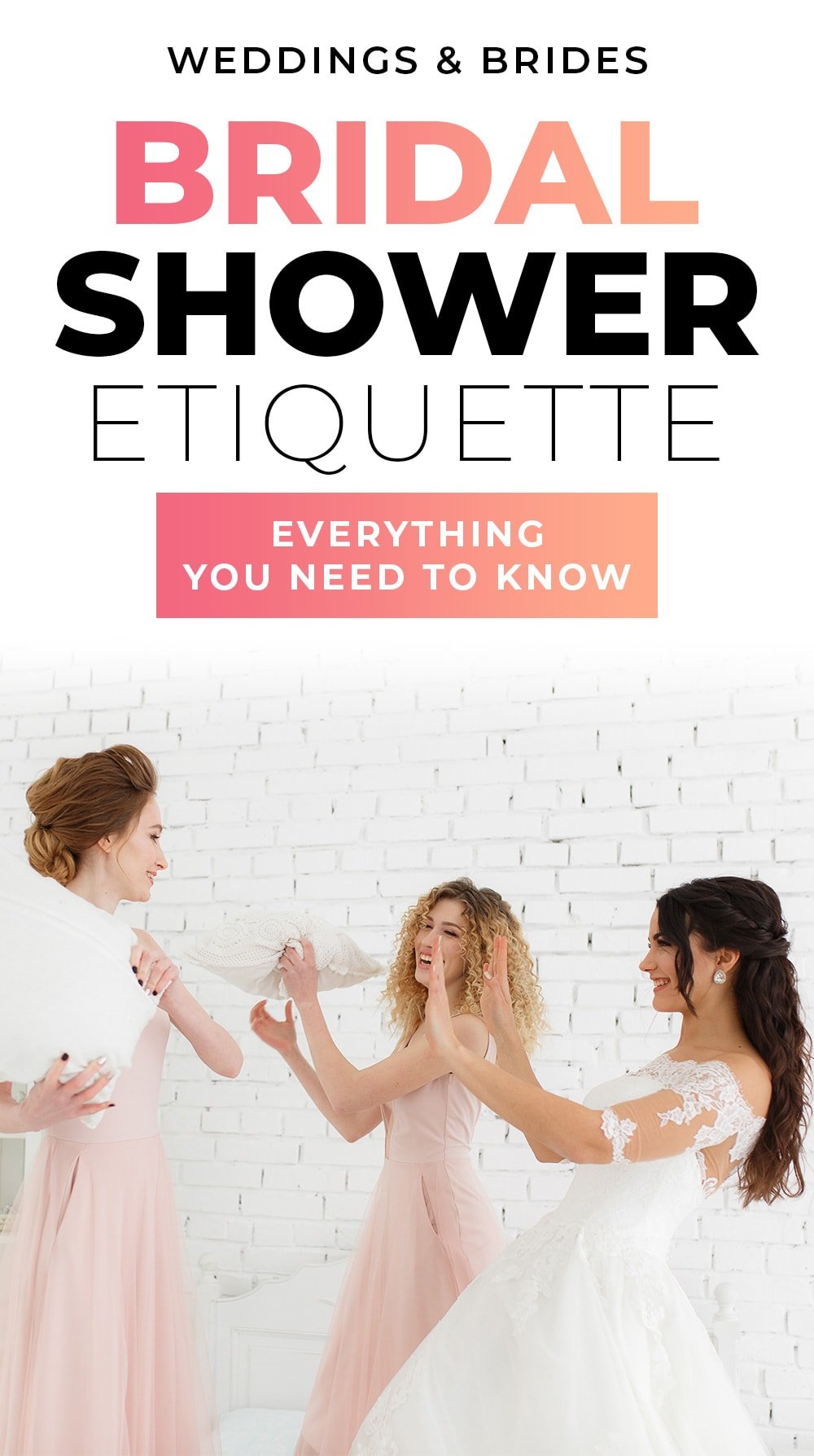 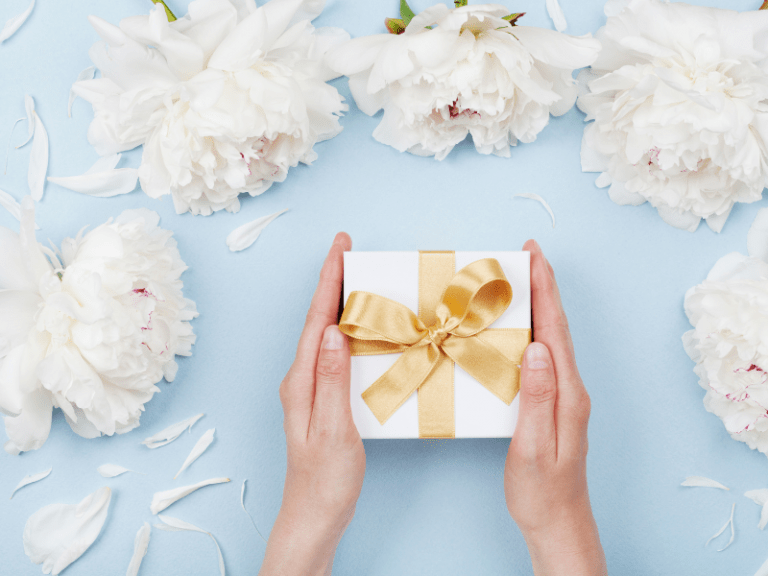 25 Bridal Shower Gifts That Will Wow Any Bride-To-Be

Need ideas? Here’s a list of unique and creative gifts for the bride. 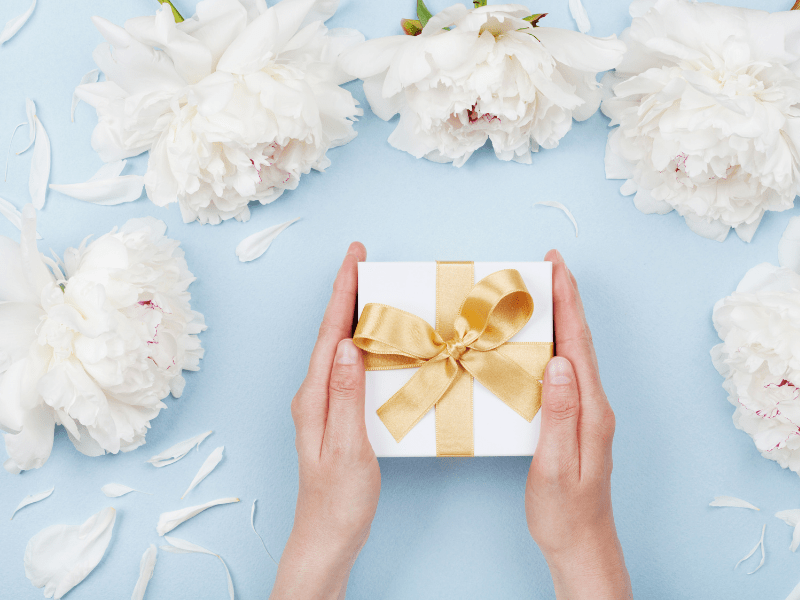 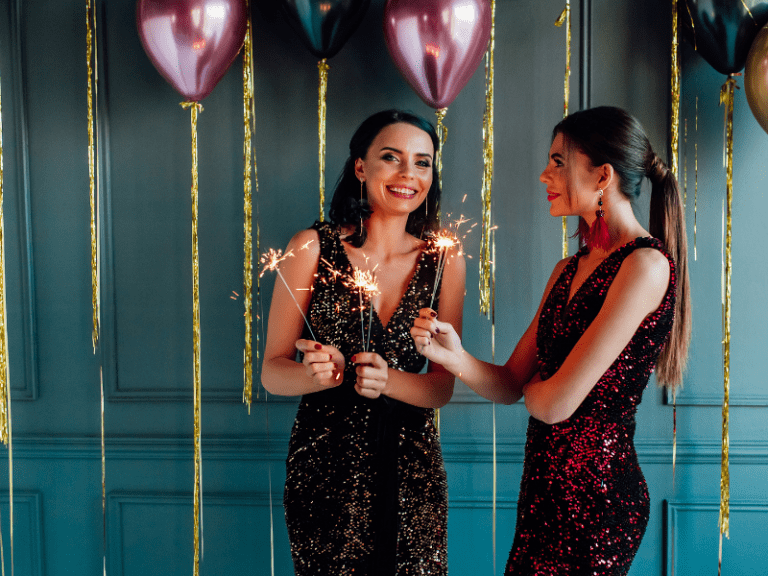 18 Bridal Shower Games to Get the Party Started

Games your guests will actually want to play. 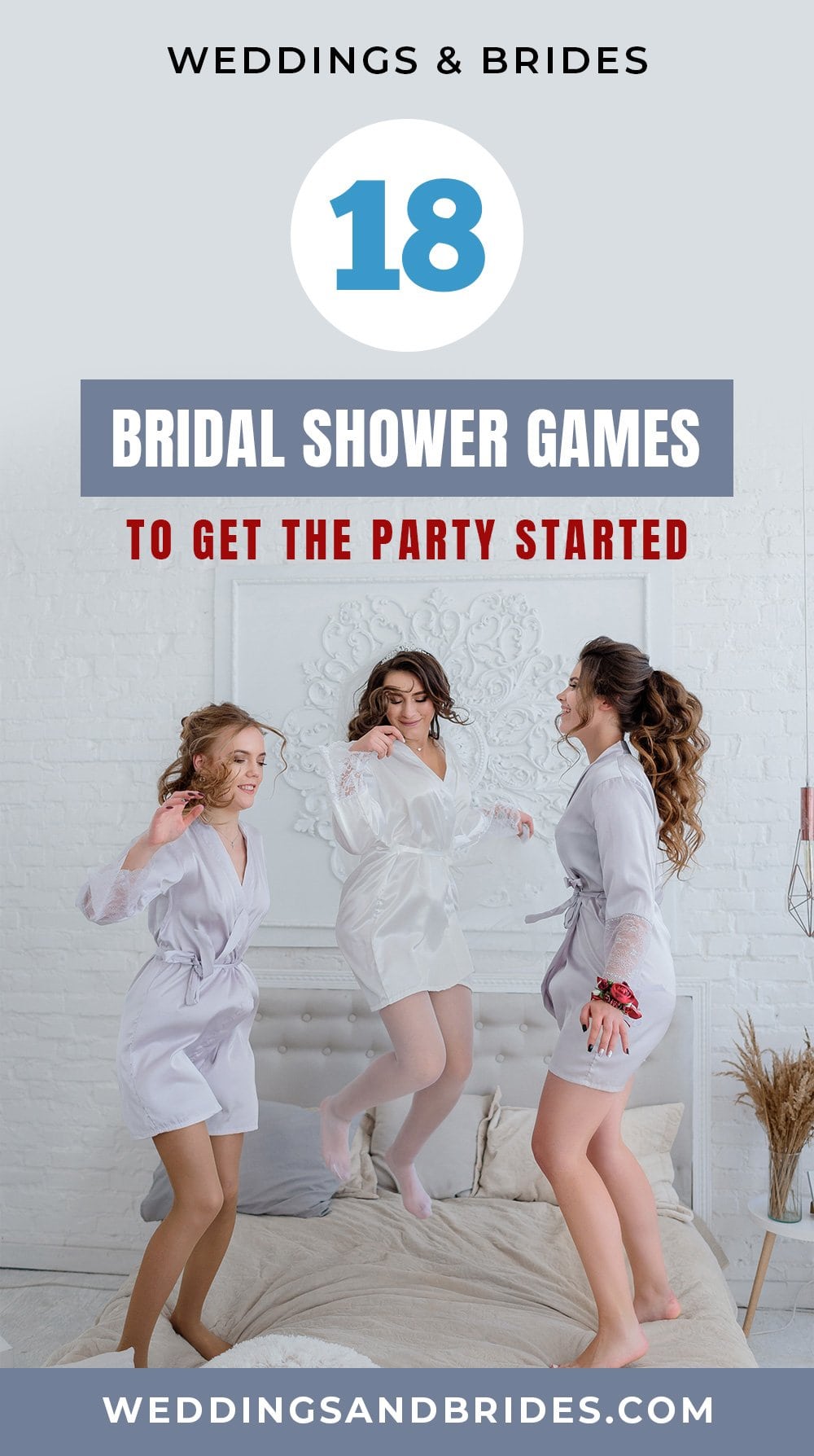 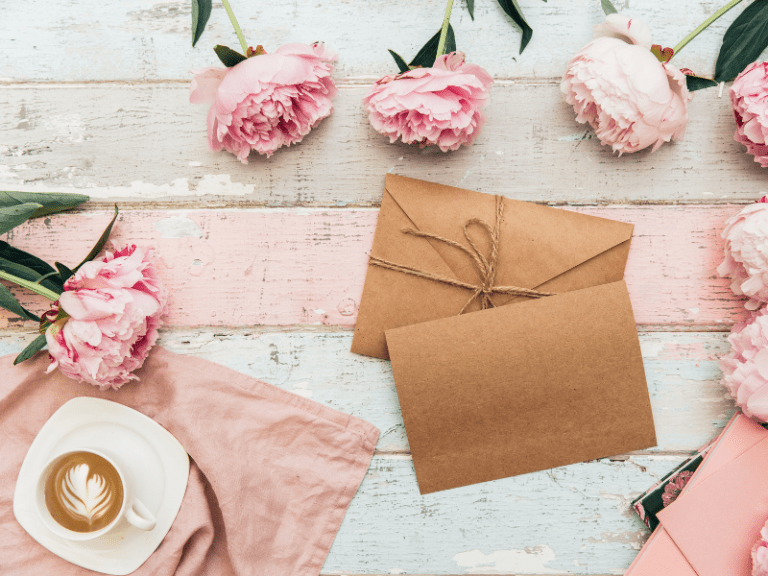 Finding the right words doesn’t have to be hard! 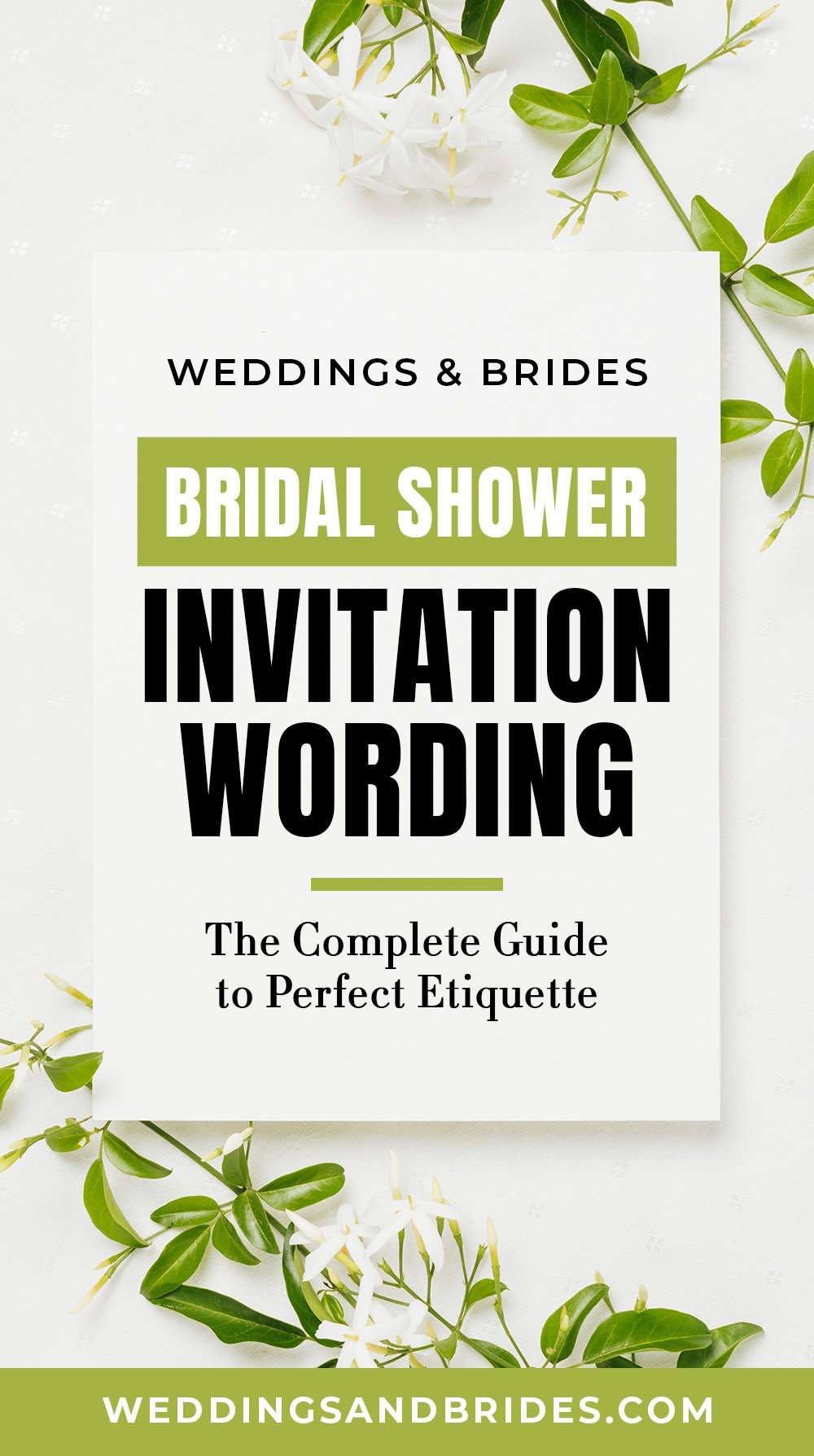 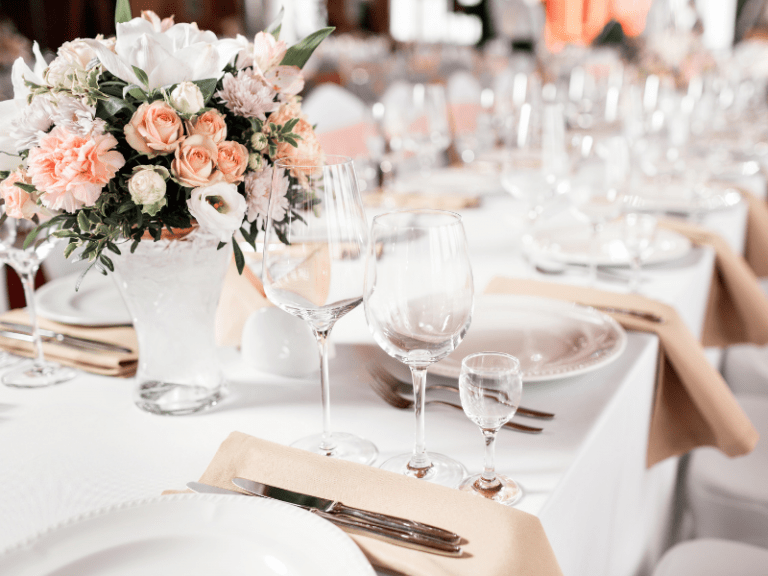 Rehearsal Dinner Etiquette: How to Plan the Perfect Event

The tips you need for a smooth rehearsal dinner. 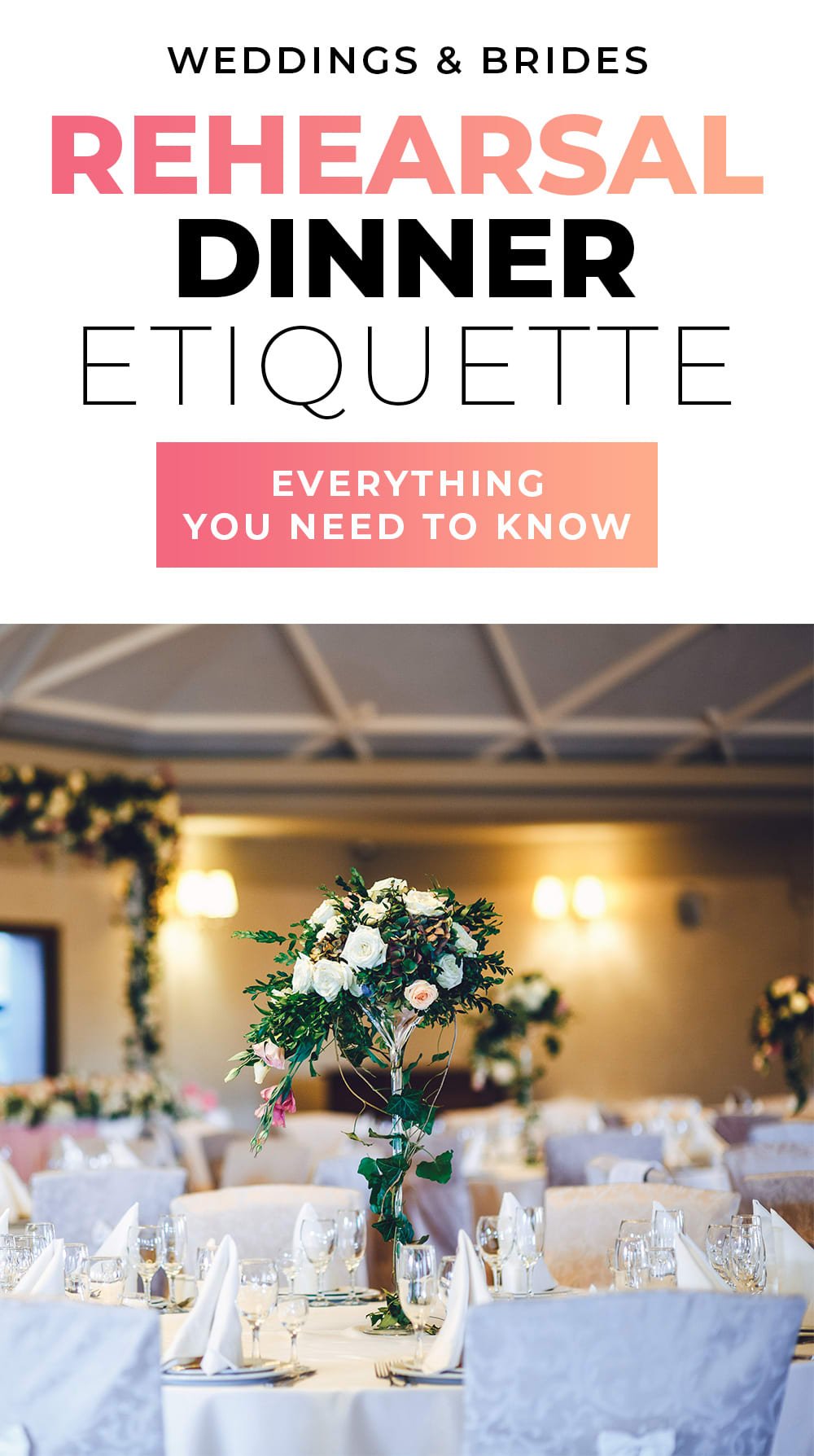